Just added to your cart

Top 10 Spiritual Locations Around The World 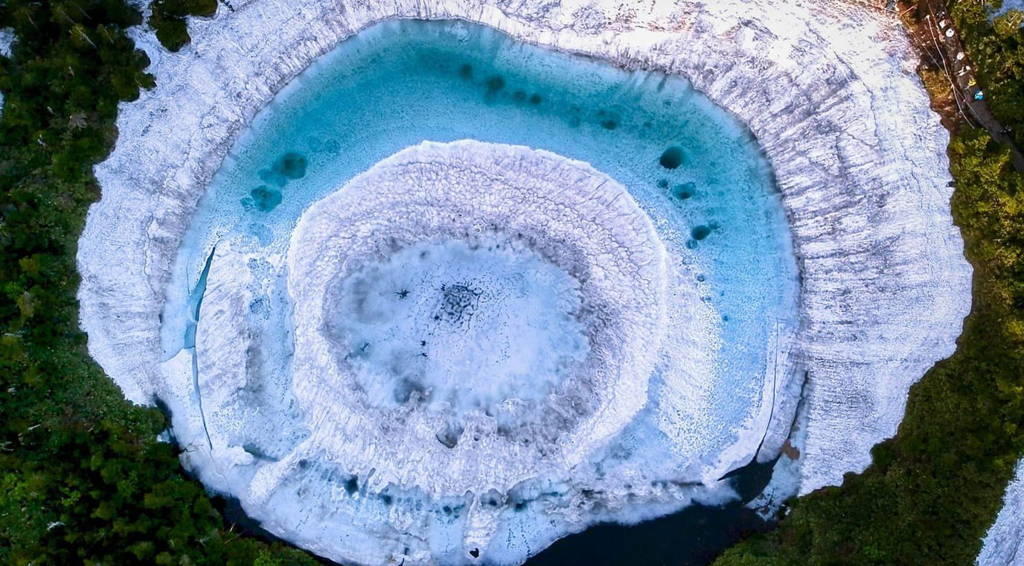 In the course of history, ancient civilizations all over the globe have attached spiritual or religious importance to natural spots that played key roles in their respective cultures. From the mythological homes of gods like Zeus and Shiva to the serene spot where the mortal Buddha achieved enlightenment, these are the places of legends. Some of those places are still used for age-old rituals, others have been lost to time, but all crackle with a special high vibration energy. May be it explains a presence of spiritual elevation that accounts for the extraordinary – and often miraculous – experiences that human beings have on pilgrimage. This presence may be described as a field of energy, a spiritual ambiance, or a density of holiness that saturates and surrounds these ‘power spots’.

WHAT IS A POWER SPOT?

A power spot is an area where spiritual visitors can take in the energy of the Earth and experience healing, generate good luck, or rejuvenate a tired body and soul.
You might have heard about them as “energy spots” or “energy vortexes.” 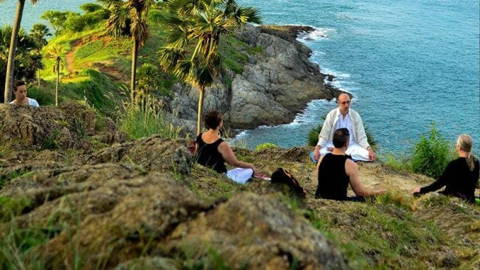 WHY VISIT A POWER SPOT? 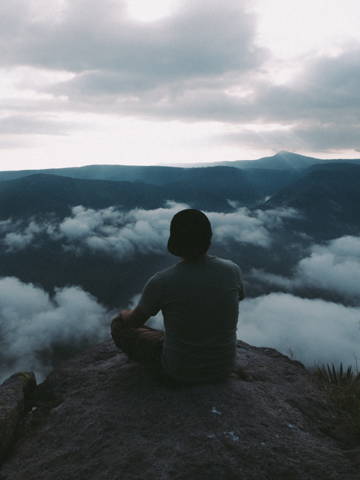 Power spots are all places where visitors can pray for good luck, and bathe in healing energy to improve their well-being.
Some power spots have different benefits to offer its visitors. Similar to shrines with different deities in Japan, some power spots are famous for their physical healing powers, while others are best to visit for bringing luck in love or at work.

Here is the list of ten “power spots,” where people can recharge their batteries with positive energy.

This black rock mountain in western Tibet is something of a holy hat trick, since it is sacred to Buddhists, Hindus, and Jains and is thought to be the mythical Axis Mundi, the center of the universe. Hindus believe it is the residence of Lord Shiva and the land of eternal bliss, and have celebrated the mythical Kailas in temple carvings throughout India. 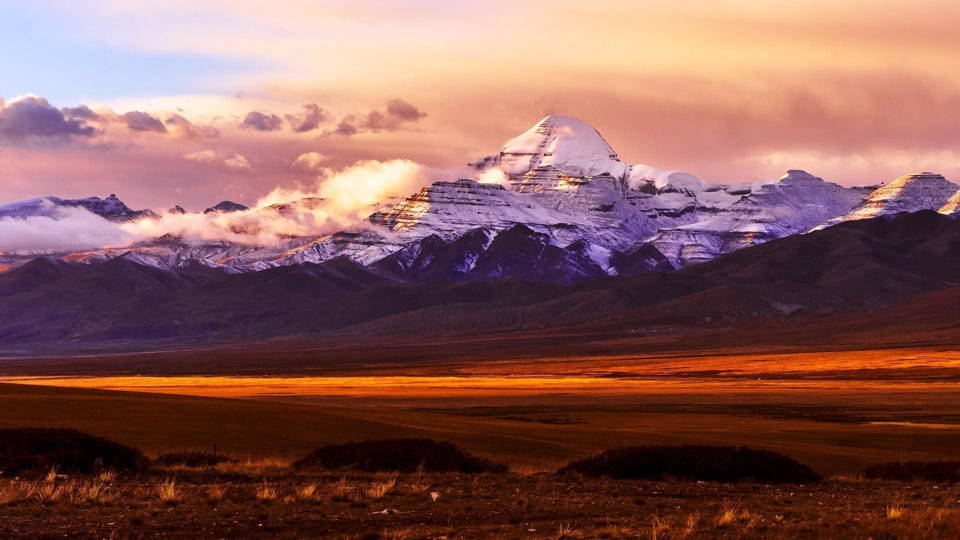 Tantric Buddhists say the mountain is the home of Buddha Demchog, who represents supreme bliss. Nearby Lake Manasarovar, considered the source of purity, is another major pilgrimage site for both Hindus and Buddhists. 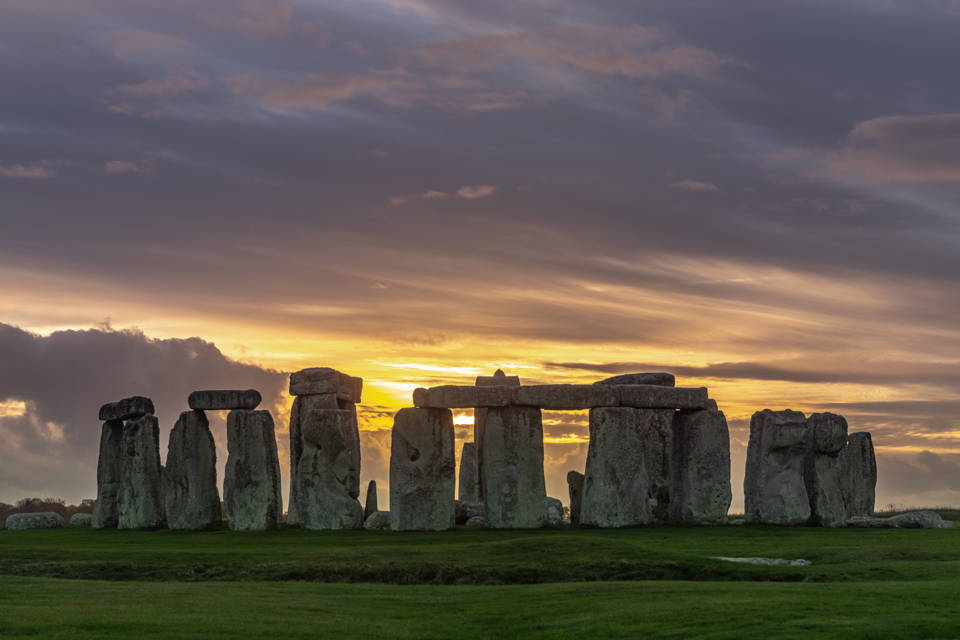 Stonehenge was a site of healing. The whole purpose of Stonehenge is that it was a prehistoric Lourdes, believe the reason was the magical, healing powers imbued in the stones by their proximity to traditional healing springs.
Animals are naturally attracted to the spot and often sleep above it. During the late 1940s, the Master Dowser Guy Underwood collected numerous stories from WWII veterans. They reported that if they suffered from rheumatic aches and pains, sleeping where a cows or sheep had previously rested or slept cured them of their aliments.
The mysterious structure of Stonehenge may have been built as a symbol of peace and unity, according to a new theory by British researchers.

Mt. Fuji is one of the main places in Japan said to hold mystical energy.
It's not only Japan's most iconic mountain, it is worshipped as a deity in itself. Located in Fujinomiya City to the southwest of Mount Fuji, Fujisan Hongu Sengen Taisha is considered part of the Mount Fuji power spot, while the shrine claims the top of Mount Fuji from the eighth stage up as part of its grounds. 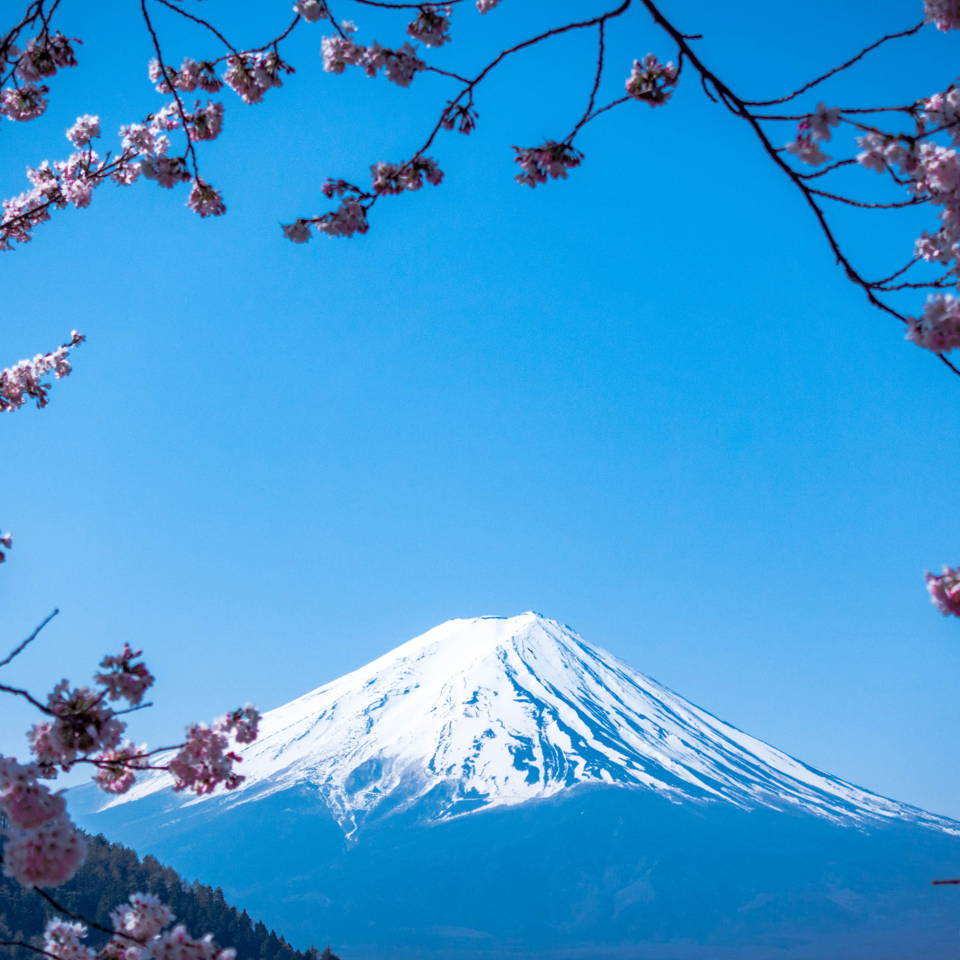 This is the place that represents a very different reflection of power than we haven’t been used to on Earth. The energy it exudes is the true empowerment of your infinite nature. Visitors who summit Mt. Fuji and spend time at the highest point in Japan describe it as a transformative experience. 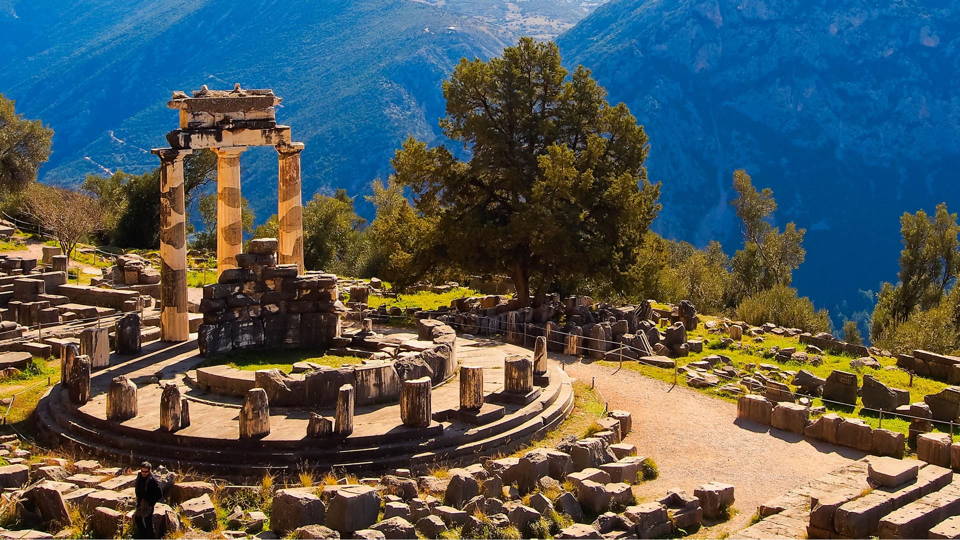 4. The Oracle Of Delphi

The site of Delphi was a divine place of mother earth (Gaia). Delphi was an important ancient Greek religious sanctuary sacred to the god Apollo.
The sanctuary was home to the famous oracle of Apollo, Pythia, which gave cryptic predictions and guidance to both city-states and individuals.
Blending harmoniously with the superb landscape and charged with sacred meaning, Delphi may even cause you to have a revelation of your own.

Tulum is a location of an energy vortex, which already hints at its spiritual nature. It is believed that the asteroid, which wiped out the dinosaurs, hit the Earth at the Yucatan peninsula, on which modern-day Tulum sits. It sits 80 miles south of Cancun, and ever since, the area has possessed a special kind of energy. 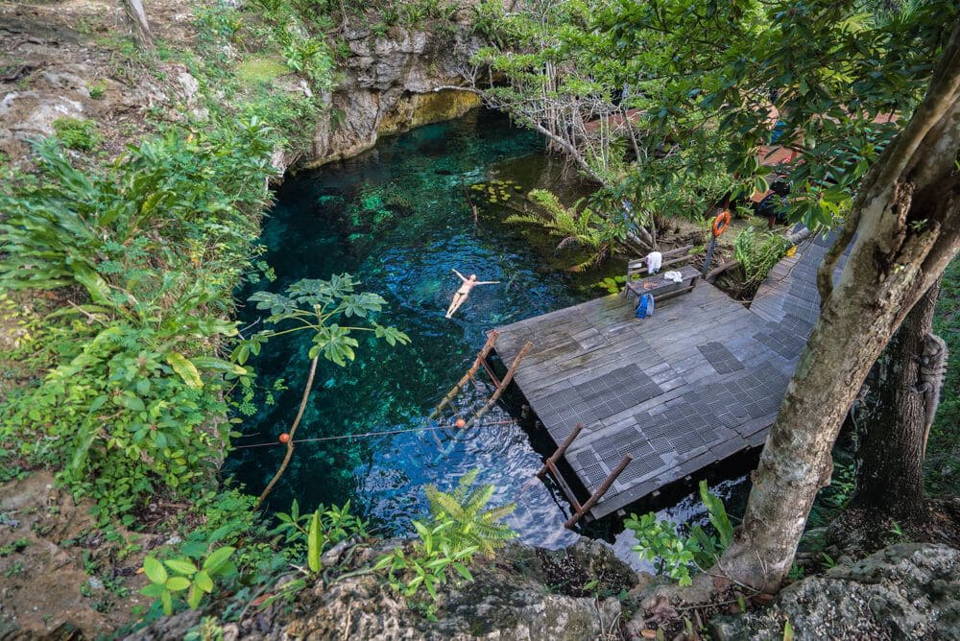 During the early 1200s, the Mayan people chose Tulum as a location on which they would build temples and a sprawling city, and now the ruins of this city attract visitors from all over the world. Mayan spirituality has left a lasting influence on the area, too. For one thing, the ruins of their temples signify the place where they once worshipped gods and goddesses. They also recognized cenotes, natural freshwater pools found throughout the region, as spiritual centers. 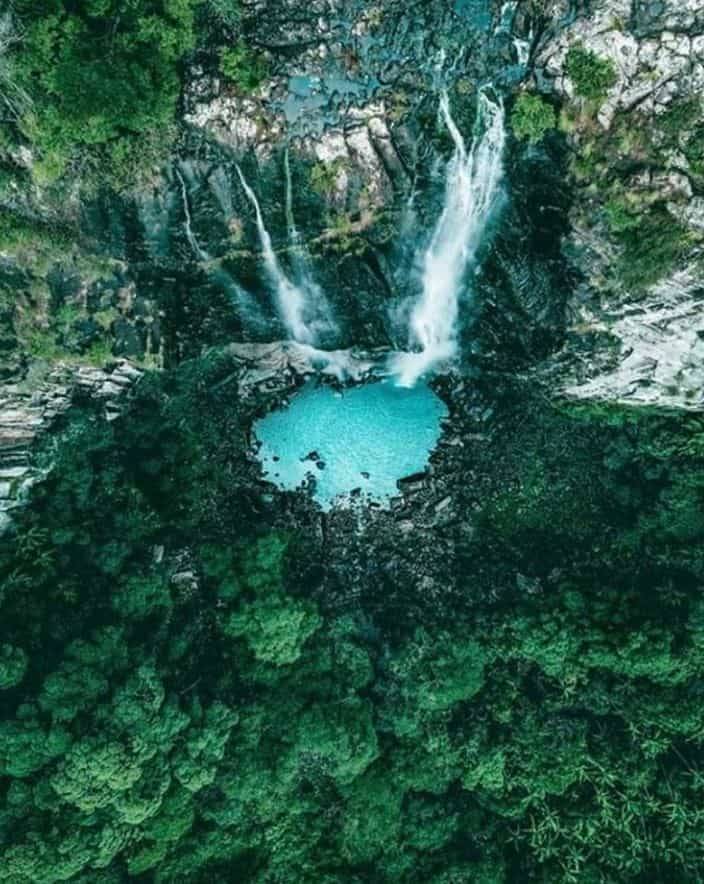 It is said to be the Spiritual and Healing Capital of Australia, as such, the first place in the country to witness the sunrise.
This, and the enormous veins of obsidian that exert a magnetic pull from beneath its surface, have all combined to make it one of Australia’s most ‘alternative’ destinations.
It’s not just modern pilgrims and travelers who have given Byron Bay this significance; according to Aboriginal elders, it has always been a place of ritual, ceremony and enlightenment.

As regards "Mount Sinai," it signifies in the supreme sense Divine truth from Divine good; "mountain," Divine good; and "Sinai," Divine truth.
In the internal sense it signifies the truth of faithfrom good, here the truth of faith that is to be implanted in good, because the law had not yet been promulgated from it. A view of the sunrise from this vantage point is a spiritual, life-affirming experience in itself. 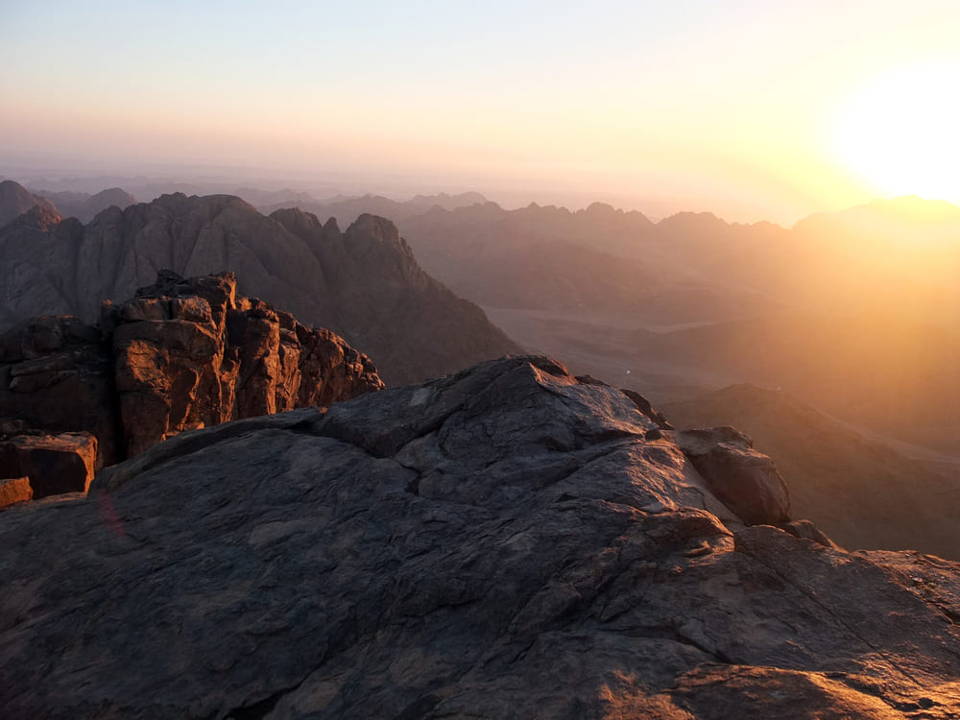 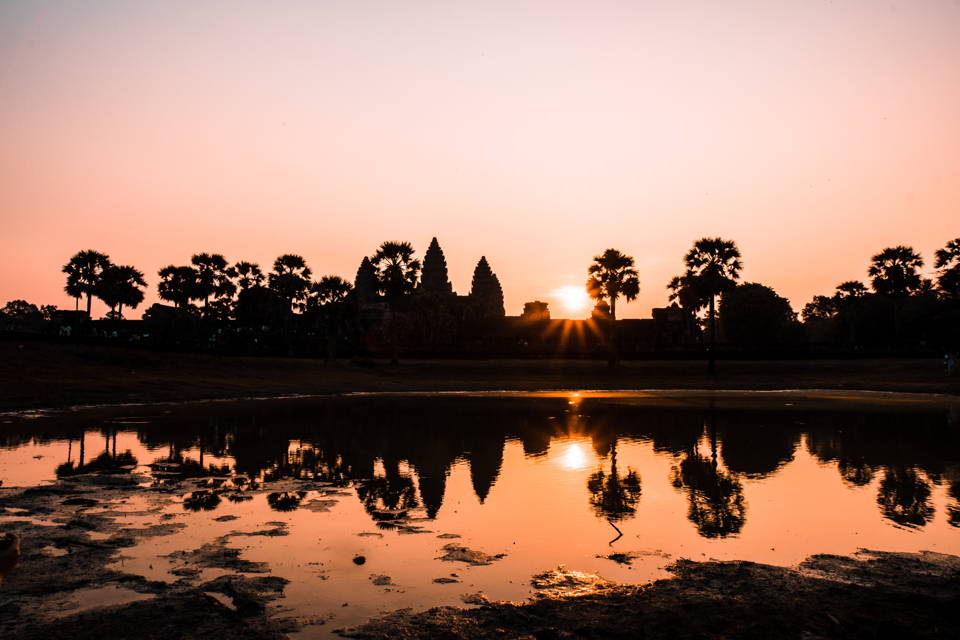 A historical group of temples built in the 12th century, Angkor Wat is the largest spiritual complex in the world, and was originally constructed as a Hindu temple that would hold King Suryavarman II’s remains. In time, the structure was transformed into a Buddhist temple and became Buddhist monk gathering place.
One of humankind’s most awe-inspiring constructions, the entire complex of Angkor Wat is energetic and thought provoking. For years, people from all walks have life have been traveling to the site to experience a deeper spirituality, healing, and energy.

Also known as the 88 Temple Pilgrimage, the Temple Circuit in Japan is a 1,200-kilometer loop around the Japanese island of Shikoku (meaning “Four Provinces”). 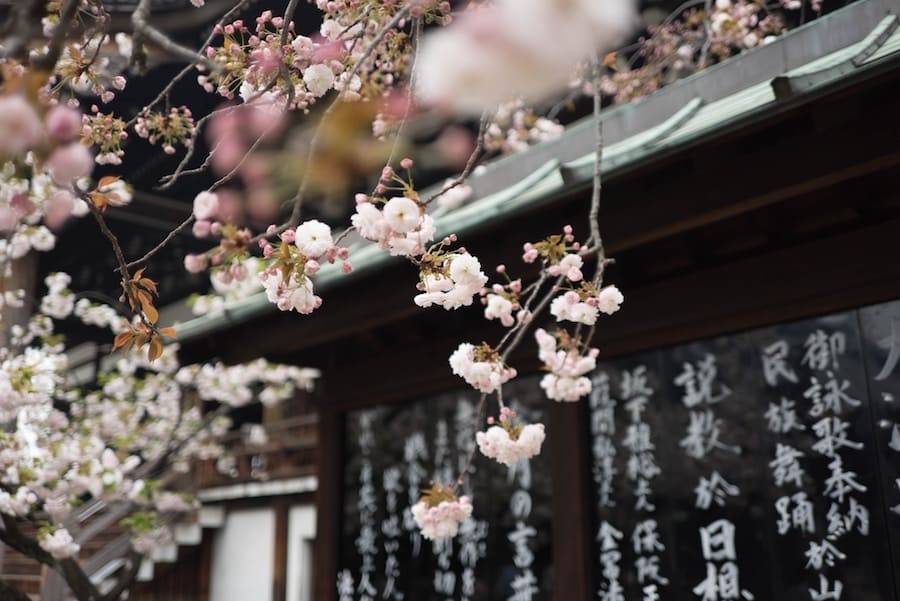 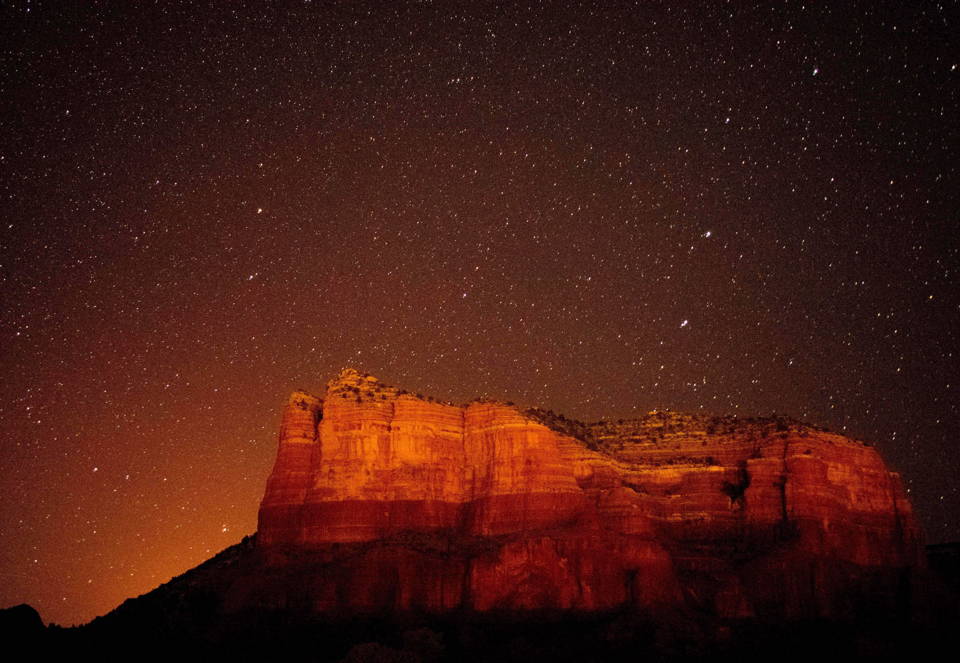 For one thing, Sedona is the location of not just one, but four energy vortexes which are believed to be points of strong electromagnetic earth energy.
The vortexes have proven Sedona to be conducive to prayer, meditation, mind-body healing, and other spiritual activities, making the town a popular destination for rejuvenating retreats. Sedona is bursting with spas, wellness centers, healers, yoga instructors, and more.

We hope this helped you see some spiritual places throughout the world, and who knows, when this unfortunate situation ends, you may have some new ideas for travel destinations.
Until the next time, have a peaceful day :)
Visit Our Store 👉